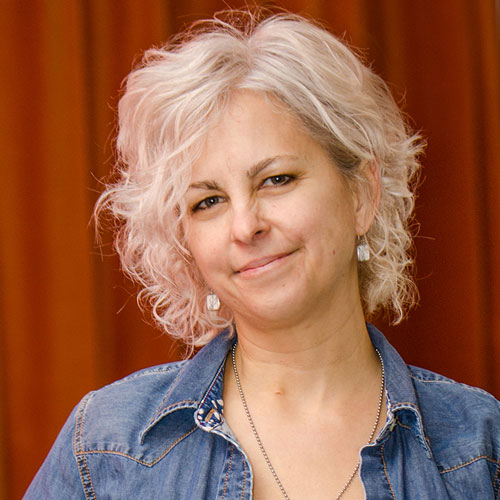 The theme of hope and belief amid impossible circumstances is a common thread in much of Kate DiCamillo’s writing. In her instant #1 New York Times bestseller The Miraculous Journey of Edward Tulane, a haughty china rabbit undergoes a profound transformation after finding himself facedown on the ocean floor—lost, and waiting to be found. The Tale of Despereaux—the Newbery Medal–winning novel that later inspired an animated adventure from Universal Pictures—stars a tiny mouse with exceptionally large ears who is driven by love to become an unlikely hero. And The Magician’s Elephant, an acclaimed and exquisitely paced fable, dares to ask the question, What if?

Kate DiCamillo’s own journey is something of a dream come true. After moving to Minnesota from Florida in her twenties, homesickness and a bitter winter helped inspire Because of Winn-Dixie—her first published novel, which, remarkably, became a runaway bestseller and snapped up a Newbery Honor. “After the Newbery committee called me, I spent the whole day walking into walls,” she says. “I was stunned. And very, very happy.”

Her second novel, The Tiger Rising, went on to become a National Book Award Finalist. Since then, the master storyteller has written for a wide range of ages, including two comical early-chapter-book series—Mercy Watson, which stars a “porcine wonder” with an obsession for buttered toast, and Bink & Gollie, which celebrates the tall and short of a marvelous friendship—as well as a luminous holiday picture book, Great Joy.

Her latest novel, Flora & Ulysses: The Illuminated Adventures, won the 2014 Newbery Medal. It was released in fall 2013 to great acclaim, including five starred reviews, and was an instant New York Times bestseller. Flora & Ulysses is a laugh-out-loud story filled with eccentric, endearing characters and featuring an exciting new format—a novel interspersed with comic-style graphic sequences and full-page illustrations, all rendered in black and white by up-and-coming artist K. G. Campbell. It was a 2013 Parent’s Choice Gold Award Winner and was chosen by Amazon, Publishers Weekly, Kirkus Reviews, and Commonsense Media as a Best Book of the Year selection.

Kate DiCamillo, National Ambassador for Young People’s Literature for 2014–2015, says about stories, “When we read together, we connect. Together, we see the world. Together, we see one another.” Born in Philadelphia, the author lives in Minneapolis, where she faithfully writes two pages a day, five days a week.